What really matters when it comes to taking care of a human.

When I became a mother 12 years ago, I had no idea how to take care of a tiny human.

In fact, I was pretty convinced that if the hospital knew just how uneducated I was about babies, there was NO WAY they would be releasing my son into my care.

I did take my new role seriously, however, and did what I always do in times of uncertainty…

I called my own mother.

I googled, I read, I joined groups for other fledgling mothers and, ultimately, I swung from one end of the spectrum (not knowing anything) to the other (having more information than any one human could possibly apply in a lifetime).

At one point, a friend (who also happened to be a mother of 4 littles) stopped by the house to ask how I was doing and with crocodile-size tears in my eyes I told her that I felt like I was failing despite my herculean efforts to conquer the maze of motherhood.

She then proceeded to remind me that I could spend all of my time collecting information about motherhood OR I could spend that time loving on my son and taking care of his basic needs, which would be enough to help him grow and thrive.

And you know what?

I am telling you this because I see so many women overwhelming themselves with all the latest strategies, protocols, gadgets and superfoods to improve their health to the point that it is actually COSTING them their health.

And the truth of the matter is, if those same women stopped consuming information and started tending to their own basic needs more consistently, they too would thrive.

Episode 258 of the Grace & Grit podcast is all about the basic measures you can take to honor your chemical well-being, so you can more easily focus on the things that matter most to you.

I hope it helps you ditch the overwhelm and simply focus on the things that research shows us time and time again really matter when it comes to taking care of a human. 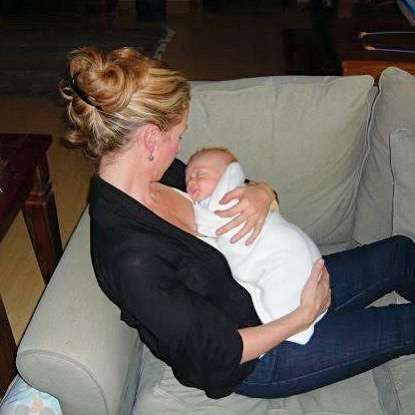 A deep dive into the foundational five that will help you physically and emotionally thrive.