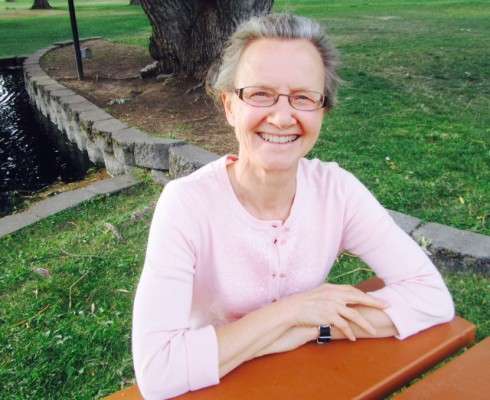 In my mind grit is the effort needed to counteract whatever forces are holding us back and grace is the whole package of amazing results that come from applying grit. But if it takes grit to have grace shouldn’t we be talking about “Grit and Grace”? Perhaps grace comes first in the sense that it is so often the people that grace our lives who inspire us to have the grit to obtain our own form of grace…..at least that has been true in my experience.

The prevailing force that afflicts me and holds me back is perfectionism.

The default mode for my brain applies the brakes on any activity that doesn’t offer a fairly reasonable assurance for success. I haven’t found a cure, but my life has been graced with people who have shown me that there are antidotes.

My childhood years were relatively sheltered and I only really started learning about grit in my mid-twenties. Charmed by a ruggedly handsome farmer in Wranglers with rough hands and little fear of physical labor I pledged my loyalty to him by taking the marriage vows with only a fairytale image of his occupation.  Overnight I was not only a partner in marriage, but a business partner and my nature was little suited for the risks and uncertainties of self-employment and agriculture life! My husband was a constant in encouraging me to lay my fears aside and roll up my sleeves and get busy. I won’t say it wasn’t rough, but fueled by a desperate need to provide for the four children that were the love of our lives we managed to keep our heads above water. Ten years into our marriage we opened up a retail meat business selling the products of our toil directly to consumers. Yes, it was a huge step for me, but 30 years later our lives are graced with many loyal customers and serving them brings a fulfillment, a grace, to my life that I wouldn’t have wanted to miss.

For the first part of my life, I enjoyed the luxury of good health despite the fact that I paid little attention to fostering it. But as I crossed the half century mark evidence of insidious health enemies at work in my body began to appear. Always small and fine boned, one doctor told me that I was the kind of person that tended to become frail with age. That really disturbed me because by then grandchildren were starting to appear on the scene and I wanted to enjoy them to the fullest! The doctor suggested I do some strength training and it was only then that I was motivated to try to wrap my brain around joining a gym. It was a chance meeting at the mall that gave me the needed boost. I ran into my husband’s cousin, Marcia, and she was all excited because she had just joined a gym. Plagued by rheumatoid arthritis and heart problems, Marcia has a tremendous determination to keep going in spite of it all. Left with little excuse, I joined her gym. I am so inspired by people like her who face their limitations head on and forge ahead all the while radiating a stellar attitude – what grace!

And having the grit to join a gym introduced me to Courtney Townley, a woman who has graced my life and had a significant impact on my health and wellbeing.   With little time to spare and no prior gym experience, Courtney’s focused classes, precise instructions and attention to form were just what I needed to get off to a good start. Without going into detail, the years passed and I took advantage of every opportunity I could to learn from Courtney, lapping up her encouragement all along the way! The sign on her studio door read: “Please leave your shoes and ego at the door”. To me it meant that I couldn’t hide behind the ego-fueled façade of perfectionism in her classroom.

And the grace she extended to me in her immediate and adamant response of “Come on, you can” when she saw even a hint of “I can’t” in the look on my face has given me the confidence and courage to do so much more than I ever thought I could.

Beyond her instruction, Courtney’s willingness to demonstrate grace and grit herself has also benefitted and inspired me. Several years ago, Courtney left behind traditional modes of strength training where she comfortably excelled and signed up for an internship with Ido Portal, undertaking an incredibly difficult movement practice. I’ve seen her brought to tears and nearly overwhelmed with discouragement by the effort and tenacity required to move forward in her assigned programs. I have to admire a teacher who doesn’t require any more of her students than she is willing for herself. And when she hinted that I should try my hand at some of the things she was doing with a tone of utter confidence in my abilities, I clicked off the voice in my head telling me that was ridiculous and proceeded cautiously into her movement world. My first days of tackling the exercises Courtney gave me left me exhausted almost as much from facing my fears as from the difficulty of the exercises. I suffered setbacks and doubts, but sessions with Courtney, infused with her patient instruction and shots of encouragement as well as hints of improvement in my performance along the way have kept me going. Today, nearly two years later, at 63 years of age I accomplished one of my goals of doing 5 consecutive full hang chin ups. I wanted to shout it from the roof top! I have also become much more comfortable with being in an inverted position, gained power by learning to engage muscles that I didn’t even know I had and little by little added muscle to a body supposedly destined to become frail!

The guy working out on the rack next to me had no idea how much it meant to me when he told that I was really tough!

Grit is the effort needed to counteract whatever forces are holding us back. #WomenofGraceandGrit #JanetteBraaten Click To Tweet